It all started 50+ years ago when I got my first bouncing horse!  My Mom shared her love of horses and, thanks to her, I've always had a horse in my life!  I loved my bouncing horse and my stick horse.  But one day, my parents took us to a farm with a lot of horses and ponies, and we took home with us a pony named Pixie, in the back of the pick up truck! That pony was just like a bouncing horse at times!  As long as Mom or Dad walked in front of him, he'd walk out just fine, but we often had to BOUNCE to get him to move!

Later, we got a bigger pony named Beauty.  She was right on the edge of being a pony/horse in size.  For Christmas that year, I got a saddle!  It was very cold, with snow on the ground but I begged to ride anyway!  Dad didn't realize it, but he tightened the back girth a little too tight, so my ride was a SHORT one!  "Get up and get back on" seemed like harsh words at the time, but it was a lesson in life!

I grew up watching Fury, My Friend Flicka, National Velvet, and Roy Rogers.  I think I read every Walter Farley book in the library!  I wanted to live those stories!

My little sister had also developed a love for horses.  She was even MORE horse crazy than me!! One day, many years later, she was talking about selling a 2 yr old Morgan colt that she had bred and raised.  He was sired by her stud and I was always impressed with him!  I told her if the 2 yr old was anything like his sire, I'd like to have him!  She delivered HML Jestforfun .... "Jester" ....   and my love for the Morgan breed blossomed!

Admittedly, I did things backwards!  I had a stud, but no mares!  Somewhere in my search for mares, I learned you can buy a horse with a credit card!!  Say WHAT?   Yep, that's just what I did ... times two!  And those two mares became my building blocks -  my foundation mares. 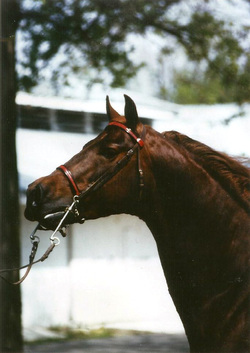 HML Jestforfun was a dark chestnut that lived up to his nickname, "Jester".  He had a sparkle in his eye, but you could look into his eyes and see clear through to his heart!  He was a double FLYHAWK bred stud, and had a trot to prove it!

Check out his pedigree at :  http://www.allbreedpedigree.com/hml+jestforfun 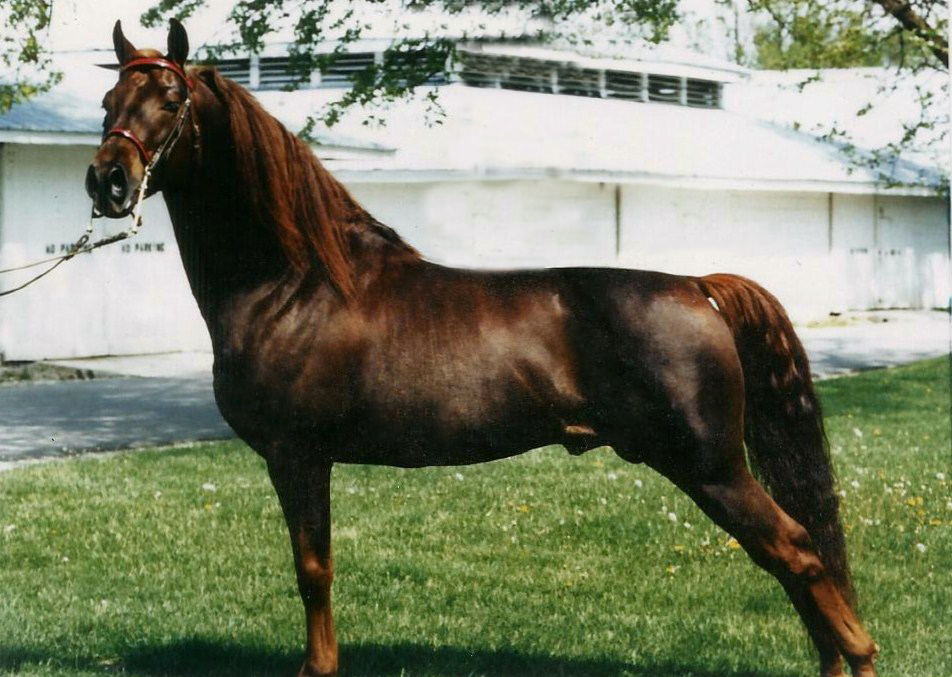 "Jester" was a great ambassador for the Morgan horse.   Our favorite thing was participating in breed demos.  I would bring him up from the pasture, give him a shave and a bath and he would shine like a copper penny!  He was beautiful, and loved showing off!  He stood quietly for his admirers, but was proud and spirited in the arena while Lee Greenwood's song "God Bless the USA" played as a voice-over was read about the history of the Morgan breed.

Sadly, I lost Jester several years ago.  I still had my mares, but leased them out.  Then in 2009, I bred my mare to my sister's stallion, and a resurgence of JestForFun Morgans began!  I've had 3 nice colts now over the past few years, and would have loved to have them find a place in the breeding shed, but geldings are happier horses!  For now, I'm still doing this "Jest-For-Fun", and will be forever grateful to my Mom and my little sister for sharing their love of horses with me!!